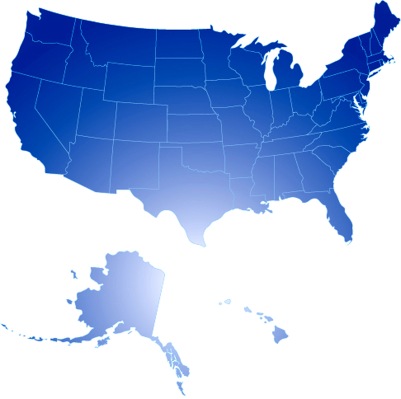 The hobby is changing…

With the recent U.S. Fish and Wildlife Service ruling on the five Sri Lankan Poecilotheria species coupled with the latest controversy surrounding species from another country, the landscape of tarantula commerce may be changing drastically. For years, hobbyists have enjoyed the ability to order their spiders from online dealers anywhere in the country without worry of breaking any laws. However, with some species now on lists that render interstate sales of these animals illegal, those looking to buy these restricted spiders may only be able to do so from vendors and sellers in their own respective states.

Keeping this in mind, it’s important that tarantula hobbyists are aware of who the breeders and dealers are in their own states. In the past several weeks, I’ve received numerous emails and comments from folks hoping I could tell them where they can legally buy some Sri Lankan Poecilotheria species. Unfortunately, I honestly don’t know who the reputable dealers are state to state. That said, I think that it is important that such a list is assembled and made available for anyone looking.

This is where you all come in…I need your help.

Although I’ve started to compile a list from dealers that I’m familiar with, it is currently woefully incomplete. Therefore, I’m reaching out to readers and hobbyists to find out who the reputable dealers and vendors are in their home states. My goal is to take this information and post it on the Tom’s Big Spiders website so that it’s easy to find for those who need it. Hobbyists looking to legally acquire these five Poecilotheria species would then know where to go.

A couple notes about what I would like to see (and not see).

The more participation I get with this, the faster I can put it all together. Although I normally never ask folks to share my posts, in this case I would ask that if you know a venue that could garner some response, please feel free to post or share this. My hope is to get a bare bones list done in a couple weeks, and then continue to add to it as we identify holes.

Those looking to contribute, please leave a comment . If you could, please include the following information:

If you have more than one, by all means, please include all that you are aware of.  I’ll be monitoring the comments as I compile the list. I’m hoping that by keeping most of the responses in the public comments, it will enable folks to chime in if they have information on one of the dealers (good or bad).

Once it’s established, I will continue to monitor reviews and feedback to try to ensure that anyone included on it is reputable.

I hoping that with all of your help, we can take away some of the stress that may come from trying to buy these prohibited species. Again, a HUGE thank you to all who participate in this! 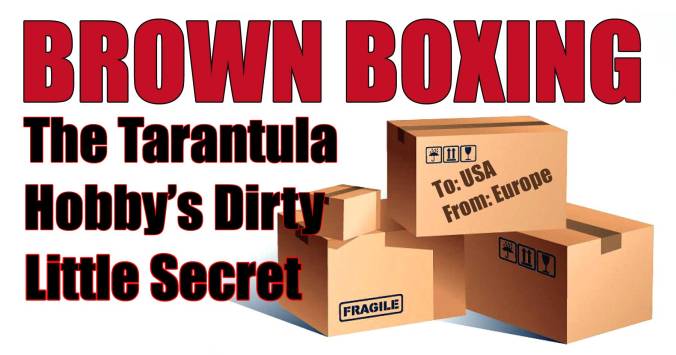 Author’s note: The following topic pertains to the United States tarantula market and doesn’t necessarily reflect the import/export laws of other countries. That said, if you are importing tarantulas into your country, you should be aware of your own national import and export laws.

By now, you’re hopelessly addicted to the hobby and have a wish list so long, it reads like an abbreviated edition of the World Spider Catalog. While shopping online for your next acquisitions, you stumble upon a Facebook post by a vendor you have been following.

Reading the announcement, you feel your excitement build as you learn that said vendor is expecting a huge import from overseas containing a myriad of species. As you feverishly peruse the species list, you notice many of the species that are on your wish list, as well as exotic species you’ve never seen before. Pen in hand, you start jotting down a preliminary list of animals you’ll be pre-ordering and start to formulate a convincing argument for your spouse to justify the several hundred dollars you are about to plop down pre-ordering bugs.

But not so fast.

Although import pre-orders are certainly exciting, and many of us take advantage of these wonderful opportunities, there are some things that keepers really need to be aware of before buying imported stock. Many folks are under the assumption that all publicly announced import is done legally, but this is far from true. Sadly, many folks resort to cheaper and illegal measures to get their livestock into the country, a fact that many hobbyists are unaware of.

Recently, I covered the topic of shipping tarantulas using the USPS, and how the practice is illegal on a federal level. Many folks are ignorant of this fact and assume that if vendors are advertising the service publicly, it must okay. Unfortunately, that is not the case. Those choosing this method to ship their spiders within the states are breaking the law.

Keeping that in mind, it’s also important to recognize that some of the folks offering “import” are also breaking the law, and on a much larger scale. Anyone buying animals from these disreputable folks are contributing to this issue. Not only does illegal import put customers at legal risk, it undermines legitimate dealers and poses a threat to the import that is currently the lifeblood of the United States hobby.

What is BROWN BOXING?

Legally importing animals from other countries can be a very time-consuming and costly process. Importing livestock from another country requires permits, expensive shipping and inspection costs, and quite a few logistical preparations. Contrary to popular belief, this holds true for both wild-caught and captive bred specimens. Importing legally can make ordering and receiving animals from other countries a very cost-prohibitive option for those looking to import. I often hear folks complain about paying $40-$50 to ship a package of spiders through FedEx. Well, when shipping air freight (the only legal shipping option for this type of transaction), you can expect to pay several hundred to well over $1000 for your animals.

Unfortunately, some folks find this type of investment unpalatable and decide to cut corners and break the law by “brown boxing” their animals into the country. END_OF_DOCUMENT_TOKEN_TO_BE_REPLACED